We wrote a lot on the amazing couple that trained the film-maker Danièle Huillet and Jean-Marie Straub. Far too much. Too many glosses, references, respect. Second hand.
Far from chapels, groups, clans, cinema enthusiasts’ magazines, I wanted Straub / Huillet, non merci? As an act as closely as possible to a memory.
It is an apparently narcissistic book, an egocentric person, but the one who said “I” shelters behind the masks of the professor, the wino, the lunar, melancholic clown and who is fired in the slightest memory.
I met the couple at the end of my adolescence, just after the brilliant discovery of Chronik der Anna-Magdalena. A long friendship was born, not without multiple brightness due to the friction of our rather rough characters.
For a long time, I am lying in front of them; I had become ” straubien ” as many others, but my instinct of survival led(drove) me to this personal war of liberation which tells Straub / Huillet, no thank you?
It is – so – a posthumous declaration of love to Danièle Huillet, to his beauty, its strength.
Her run away smile. 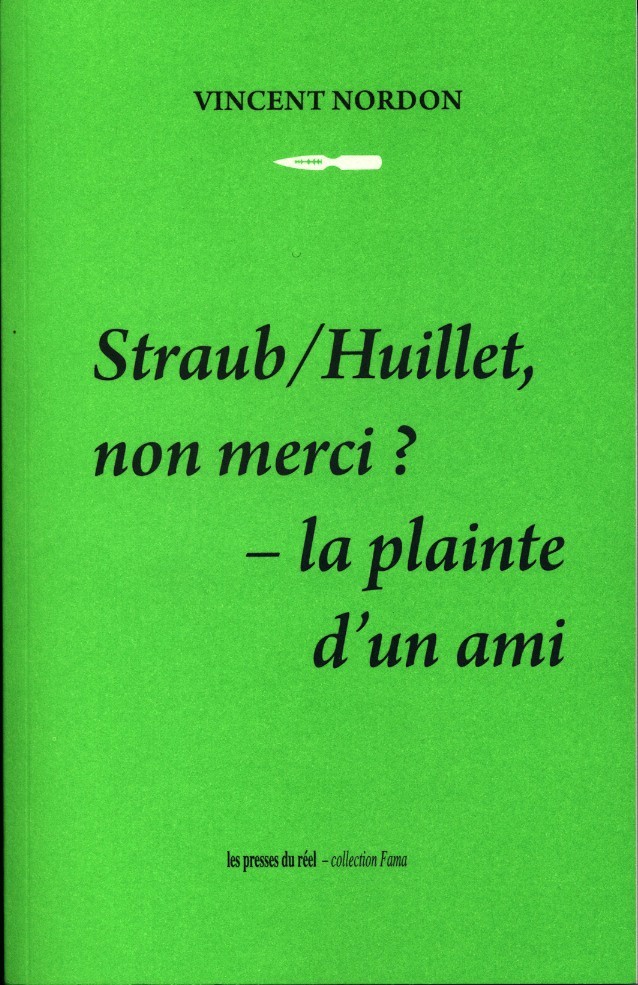 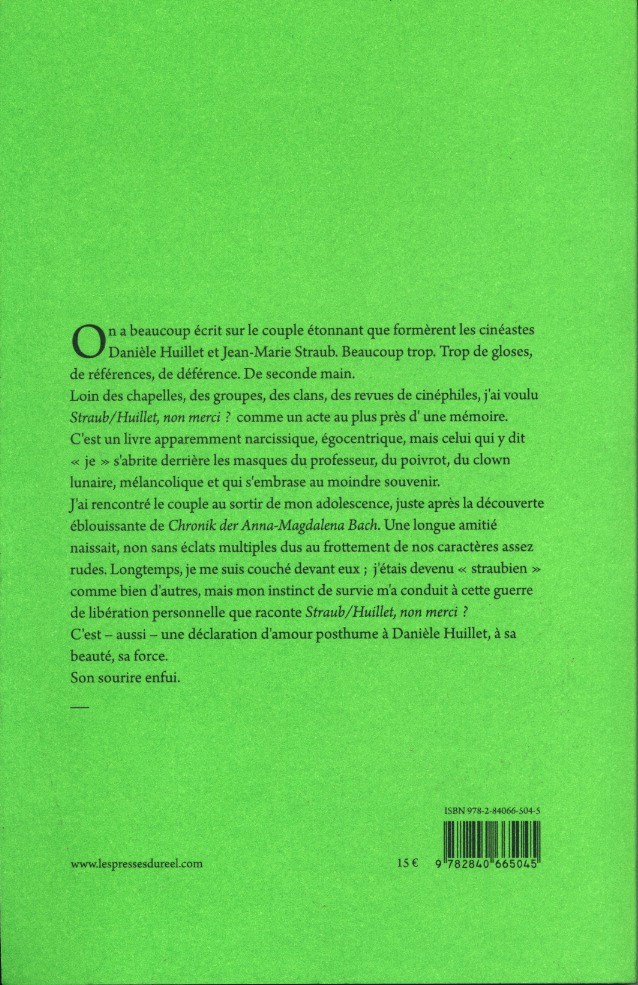 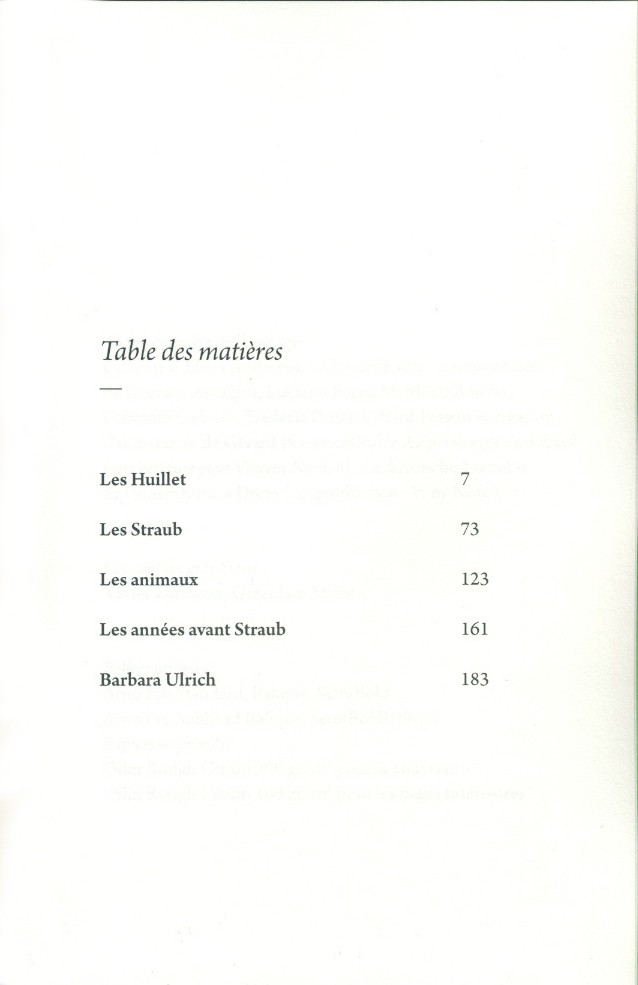